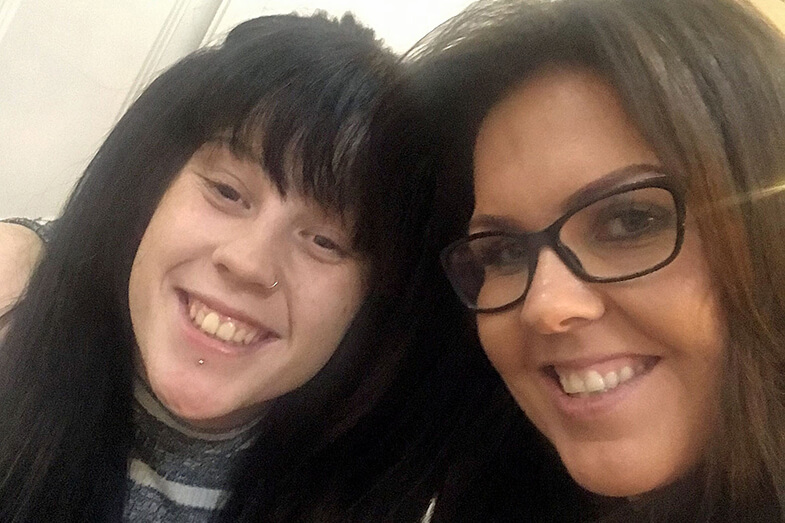 A formerly homeless teenager who lost her hair to alopecia as a young child, has been gifted a wig by a Plymouth hairdresser.
Courtney Warne, now 18, started to lose her hair at the age of six.

She explained: “I had a stressful childhood due to family issues and was very young when all my hair started to fall out.

“I was also six when I was placed in the care of my grandparents. But I have continued to have problems over the years, seriously affecting my mental health and self confidence - and suffering hair loss obviously didn’t make this any easier for me.”

Although the exact cause of Alopecia is unknown, it is thought to be an autoimmune condition in which the immune system mistakenly attacks the hair follicles.

After five months living in BCHA supported housing in Plymouth, Courtney has now moved into her own flat.
BCHA has been helping homeless and vulnerable people for 50 years and operates a network of general housing, supported housing and employability projects across Dorset, Hampshire, Devon and Somerset.

Courtney continued: “I moved into BCHA supported housing in August last year, on my 18th birthday after my previous placement broke down.

“I had a wig which was donated to me by a charity a while ago, but it had started to develop bare patches and I had been wearing a bandana to hide them.

“My support worker Natalie has been lovely to me. She knows all about my struggles and it was she who suggested we try and get funding or help for a new wig. She also contacted GGs Hair Salon and Beauty in Plymouth which sells wigs and asked whether they could help.”

She explained: “When Natalie said she was looking for a wig for a homeless girl and told me about Courtney I immediately felt choked-up. I told them to come and see me and when I got off the phone I surprised myself by bursting into tears.

“I took a course in wig-making last year and still have one of the first wigs I made. It’s lovely quality, made from human hair and I’ve often wondered what I could do with it, so helping Courtney made perfect sense.”

Courtney visited GGs in Mutley Plain for a fitting.

Gemma said: “The wig looked really great on her. I cut in a fringe, we looked at it in the mirror and then we all had a good cry together!

“I’m thrilled that something I’ve made is helping Courtney to feel better as she gets back on her feet.”

Courtney said: “I was very tearful when I saw myself in the wig for the first time. Now I can walk around without my alopecia drawing attention to me.”

She continued: “After finally getting my own place, my goals in 2019 are to get a job and get settled and sort myself out. I’m really grateful to BCHA and Gemma for my new hair and for helping to get me going in the right direction.”