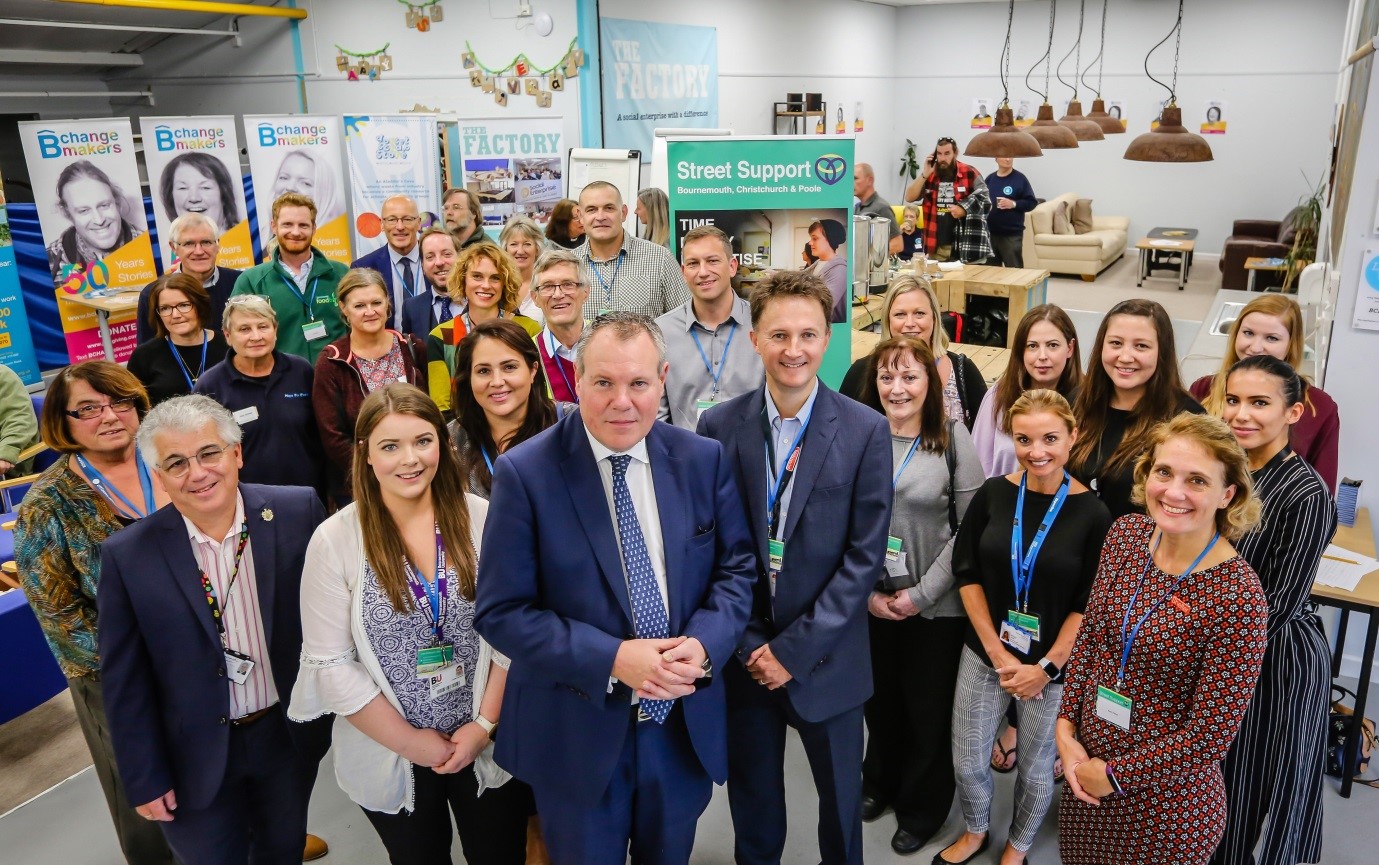 A major new multi-agency initiative aiming at reducing rough sleeping and homelessness in Bournemouth, Poole and Christchurch has been launched.

Bournemouth, Christchurch & Poole Street Support is backed by up to 30 different organisations, including charities, churches and local authorities.

It grew from an idea hatched by Alistair Doxat-Purser, chief executive of Faithworks Wessex, and Ian Jones, head of regional community partnerships at Bournemouth University as part of their work with Bournemouth Homeless Collaborative.

Alistair said: “There are a great many groups, organisations, individuals and volunteers working very hard in our community to help homeless people turn around their lives.

“However, until recently there has not really been a way of bringing all this help under one roof. Street Support is a brilliant way of achieving this.

“Now we have got the councils on board I feel we have reached a tipping point and that we can take huge strides forward and make a real, positive difference for our society.

Street Support is a network of organisations, voluntary groups and local authorities working together to end homelessness. It began in Manchester and operates across the north and in Hampshire.

Its website brings all the help available for homeless people into one place, allowing them to search and locate what they need, improving access to services.

It also facilitates collaborative working between professionals to deliver an enhanced level of support.

Bournemouth West MP Conor Burns was among attendees at the launch including the Mayors of Bournemouth and Poole and representatives of the many stakeholder groups.

He said: “Having completed a survey of seven of my 10 wards which cover both Bournemouth and Poole, the issue of homelessness, of aggressive begging and vagrancy is right up there at the top of the public’s agenda. They are very worried about it and rightly so.

“I have felt for some time that there wasn’t the coordination we should have between church organisations, charitable organisations and those who hold the statutory responsibility at the local authorities.

“I was convinced that the Street Support model which has been adopted in other places, notably Manchester, was a very good one for us to follow.

“We have got both Bournemouth and Poole councils signed up to it and I regard this as a great opportunity for a new joined up collaborative, working together approach to tackle the scourge of homelessness in the local community.”

Martin Hancock, chief executive officer of BCHA, said: “We are fully behind this excellent initiative. It is unacceptable that we don’t see an end to homelessness as the number one priority for both local communities and national government so anything that supports local groups and organisations such as BCHA, working to ease the plight of so many people is to be warmly welcomed.”

Street Support is seeking a business sponsor to cover its current running costs and enabler it to expand.

Project Support Officer Claire Devaney said “I’d like to get businesses involved – sponsorship would be so welcome, but we would also like to work more closely with commerce to organise workshops, training and helping people back into employment.

“There is such a lot of goodwill and support out there for this project that we have great scope to grow. In this area we really do have joined-up thinking between organisations, charities, councils, businesses and the public.”