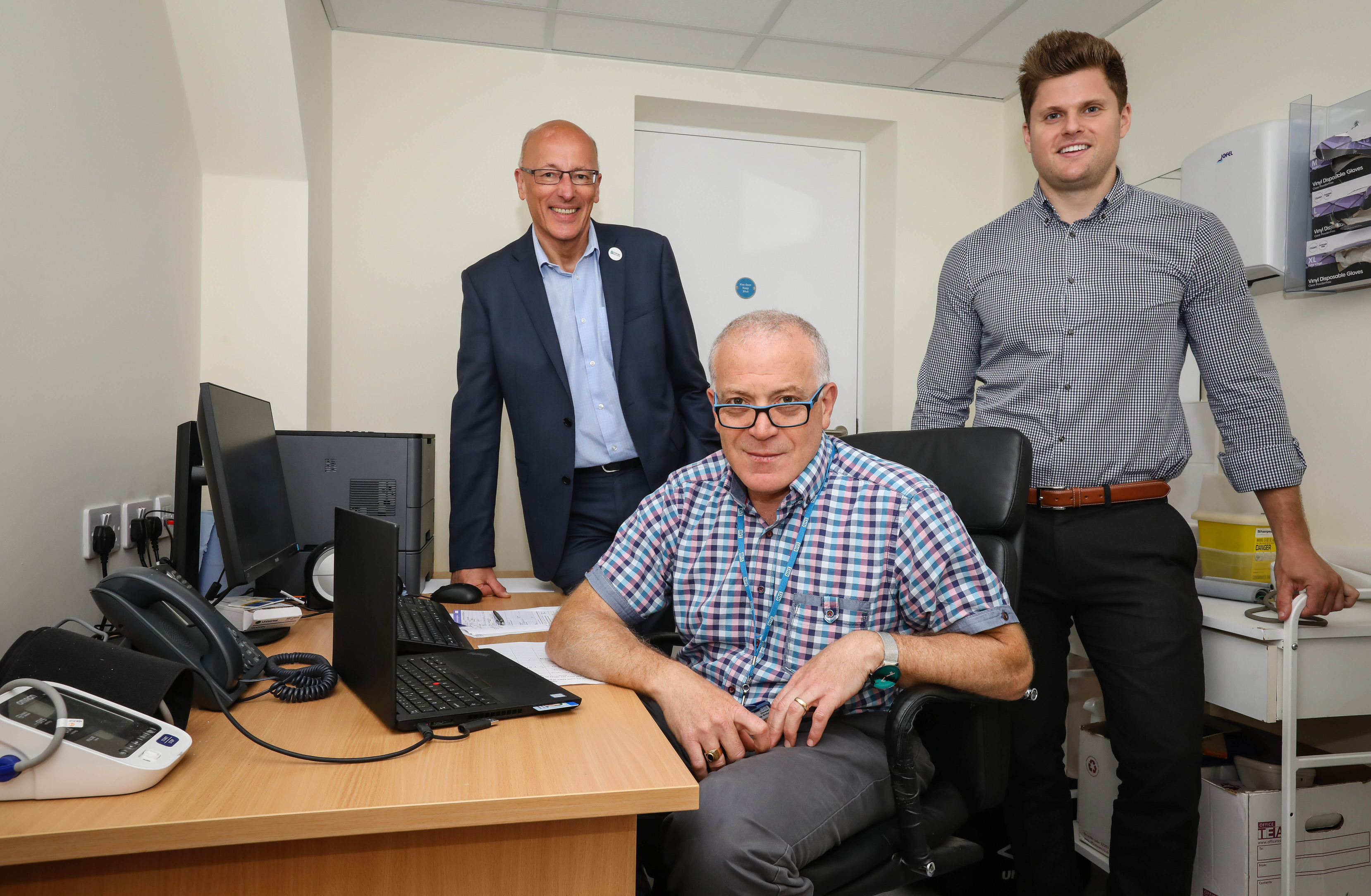 BCHA is appealing to the business community for help to create a medical and wellbeing suite which will both improve the health of people who find themselves homeless or in temporary accommodation and ease the strain on A&E.

Bournemouth-headquartered BCHA, which has spent over 50 years helping thousands of vulnerable people to find homes and jobs, intends to site the expanded medical facility at Ten St Paul’s, a centre it owns in Bournemouth which accommodates 40 people who would otherwise be homeless.

The charitable registered housing association has already secured £46,000 in funding from two local Trusts and a Rotary group and is now appealing to local business for help in raising the remaining £25,000.

Martin Hancock, Chief Executive of BCHA said: “The facility will enable residents and others who find themselves homeless to access more immediate GP-led treatment and diagnosis, thus avoiding longer waits for appointments, resulting in smarter interventions and preventative support and creating less of a strain on already stretched public services.”

Martin continued: “The number of people sleeping rough in the south west has almost tripled since 2010 with Bournemouth now the third highest.

“Unfortunately, many people who have had several years of homelessness have significant health issues from rough sleeping and temporary or poor housing.

“Many suffer from increased mental health issues and many have some alcohol and substance dependencies while also suffering from associated homelessness conditions such as cardiovascular problems, liver and kidney function damage, lung damage and ulceration of limbs.”

The nature of homelessness and short term stays in temporary housing services means that many people are often unable to access the health care they need, or they are difficult to assess, so health problems which could be treated by a GP quickly, can escalate into often very painful emergencies – sending the person to hospital and putting a strain on already-stretched emergency services.

“Sadly according to the NHS, the average life expectancy of a homeless man is 47 and a woman just 43,” continued Mr Hancock.

“That is really unacceptable in the 21st century in this community.”

Dr Mufeed Ni'man of South Coast Medical Group (Headquartered at Providence Surgery in Boscombe) currently runs a limited medical service for BCHA at Ten St Paul’s, but says a dedicated suite would have a huge impact on the whole community.

“The Health & Wellbeing Suite will allow us to book appointments for 10 people, three times a week, with drop-in session on Fridays.

“Medical professionals will use the facility for assessments and treatment to prevent their medical conditions deteriorating and thus reduce the use of A&E and hospital admissions.  Clients will be treated in a timely manner at the right place to prevent further complications and deterioration.”

Dr Ni'man continued: “A podiatrist will also carry out a weekly, three-hour session, an optometrist will attend fortnightly and the suite will also be used by a BBV clinic (blood borne virus) fortnightly for immunisation and testing.

“This fits well with the new NHS guidelines of treating all patients near home in the community rather than in the hospital.

“The centre can also have diagnostics on site if funding allowed.  This will allow tests to be done on site which will improve the health and care of those vulnerable patients.”

Martin Hancock added: “Once fully equipped, we hope there will be more funding from the NHS and Dorset’s Clinical Commissioning Group for Dr Ni’man and his team to offer sessions every day of the week. We will also look to the rooms being used by dentists, chiropodists and additional medical specialists.

“If someone attending the clinic isn’t yet registered as a rough sleeper or homeless, they can also meet the street outreach team and start the process of rehousing and accessing health services.”

The longer term aim is for Ten St Paul’s to become a one-stop facility, with both the residents of the housing scheme and anyone in the local community able to use the health centre and a planned Recovery Café.

“We believe a person’s health is vitally important no matter what their personal circumstances and we should break down barriers that prevent vulnerable people from achieving physical and mental wellbeing,” added Mr Hancock

“The health suite is an example of low-cost intervention in comparison to the high cost of Accident and Emergency or hospital admissions and we hope local businesses and other local groups of people will embrace what we are trying to do and come forward to support the project.”

Businesses and individuals or groups interested in finding out more are asked to contact Martin Hancock at: martinhancock@bcha.org.uk