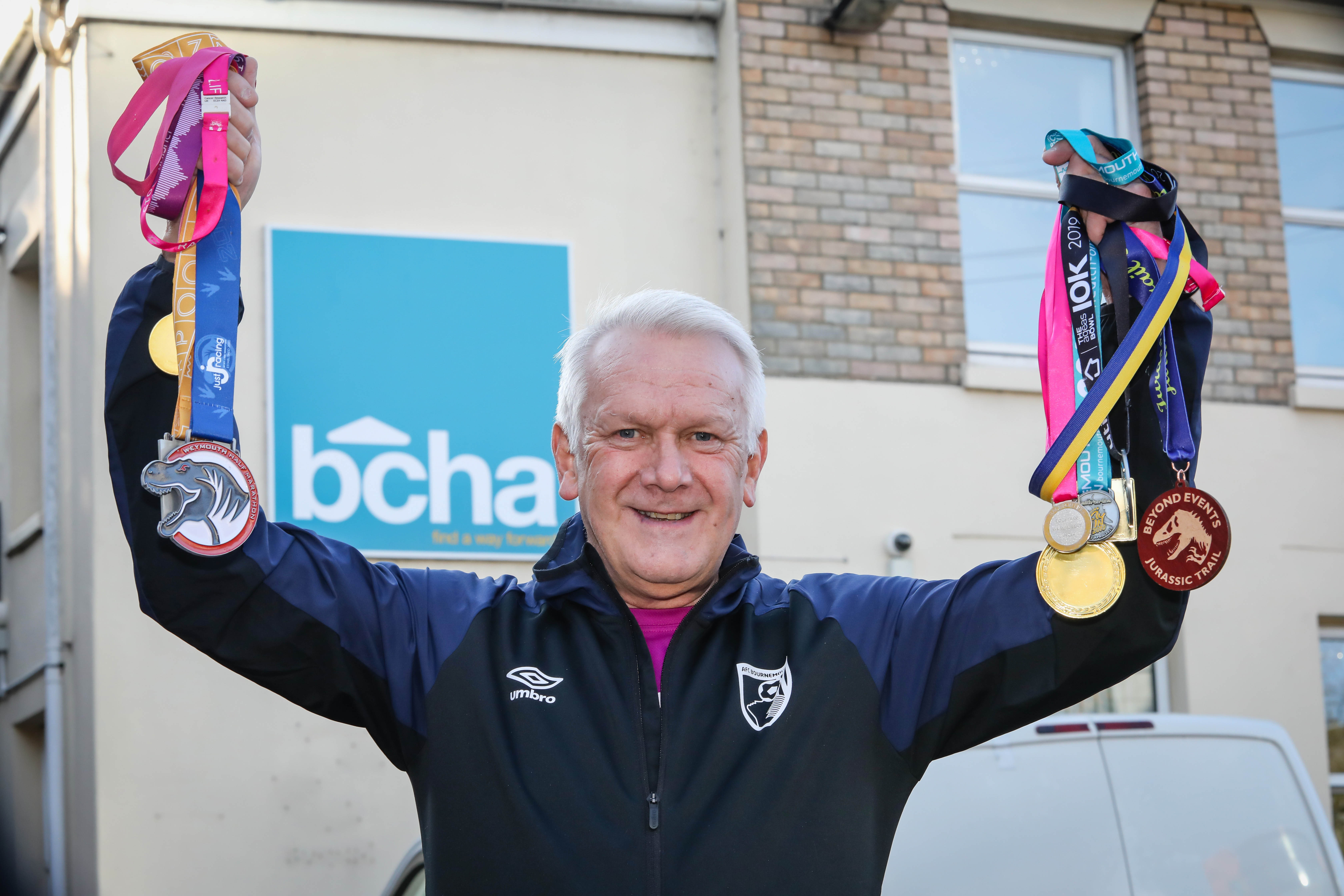 He doesn’t enjoy running, but 64-year-old Tenancy Manager Paul Whitehouse has managed to clock up 200 kilometres to raise funds for people in need.

The 64-year-old dad set himself the 200km challenge when he began working for charitable housing association BCHA earlier this year, after a 30-year career in the housing sector.

And within eight months of starting his first run he’s completed the challenge and raised more than £800 which will help the work being done by BCHA at St Paul’s, a shelter for homeless people.

Paul, who lives in Christchurch, said: “I really don’t enjoy running at all, but I love the feeling you get when you cross the finishing line. I ran my first ever marathon last year and raised money for CLIC Sargent. Afterwards I felt fitter than ever before and I wanted to carry on.

“I started my 200km challenge with the Weymouth half-marathon and ended with the Bournemouth half. My wife Nikki regularly comes along to cheer me on and support me and the whole family is proud of what I’ve achieved.

“I’m pleased I’ve done it. I didn’t realise at the start what a commitment it would be – it sounded really easy. But I’ve literally been running every weekend and sometimes it’s a struggle to stay motivated.

“Running is all in your head and some Sundays it has been very difficult to get out of bed and get out there.

“But it was for a great cause – I really wanted to help the good work BCHA are doing to help people at St Paul’s who are affected by homelessness.”

While Paul doesn’t play as much sport as he used to, he and Nikki still hit the gym three times a week. And both of them, plus two of their sons, are AFC Bournemouth season ticket holders.

Paul’s achievement is all the more remarkable because he was beset by illness at the start of his challenge.

He said: “I had quite a few runs booked in at the start but I had to cancel a couple through illness. But I set myself the target of finishing the 200km by the end of the year and, now I have, I’ve taken a few weeks off running.”

But Paul won’t be sitting still for long.

He said: “Next year I’m going to set myself an easier challenge and aim to run 40 Bournemouth Parkruns in a year – but this time just for ‘fun’!”

Paul’s JustGiving page is still open at www.justgiving.com/fundraising/pauls200kmchallenge and he’s hoping the total might be boosted to £1,000 by the end of the year.