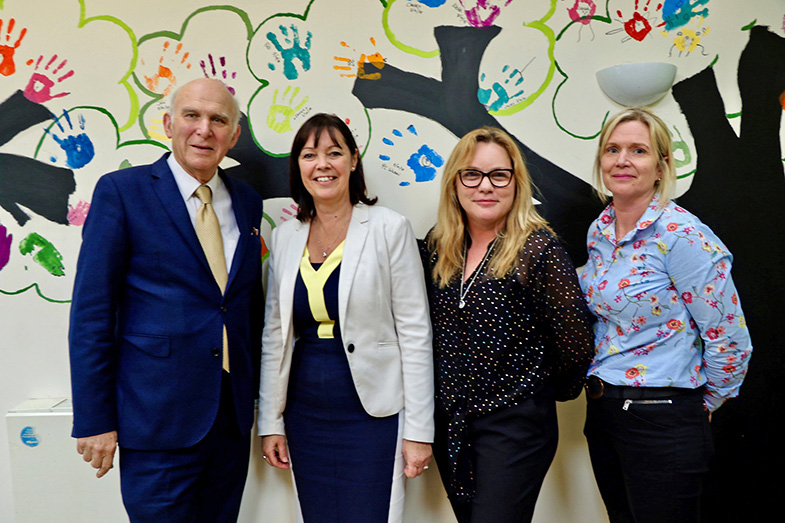 Sir Vince Cable, leader of the Liberal Democrats, has praised the work of BCHA during a visit to our facility in Yeovil.

He was touring the Somerset area to launch the party’s local election campaign and dropped into Fair View to meet staff and families.

Fair View, in St John’s Road, is one of five properties that BCHA manages on behalf of South Somerset District Council for homeless people in the area. It has 11 self-contained units accommodating homeless families.

After meeting residents Sir Vince said: “The current upsurge in homelessness is being aggravated by the cruel cuts in benefits made by the present government, leading to rent arrears and eviction. And that is on top of the chronic shortage of affordable housing.

“BCHA and South Somerset District Council are addressing this scourge by providing a family-friendly, secure and comfortable alternative to B&Bs.”

Sir Vince later tweeted: “Meeting residents and staff @BCHAWellbeing Fair View in Yeovil - a fabulous example of a Lib Dem run council addressing homelessness by developing 11 units of temporary accommodation for vulnerable and homeless families to keep them safe and out of B&Bs.”

“The investment in the Fair View homeless accommodation – which is managed for us by Bournemouth Churches Housing Association – is one of our council’s proudest achievements, and has helped us become a national leader on tackling homelessness.

“We know that keeping displaced and vulnerable families out of unsuitable B&B accommodation is an absolutely vital part of a caring approach to tackling homelessness in our area.”