BCHA leaders recognised for work with people who have been disadvantaged

BCHA’s Rio Argent and Val Jefferies were named winners amongst nominees from across the UK, in the prestigious Women in Housing Awards 2022. 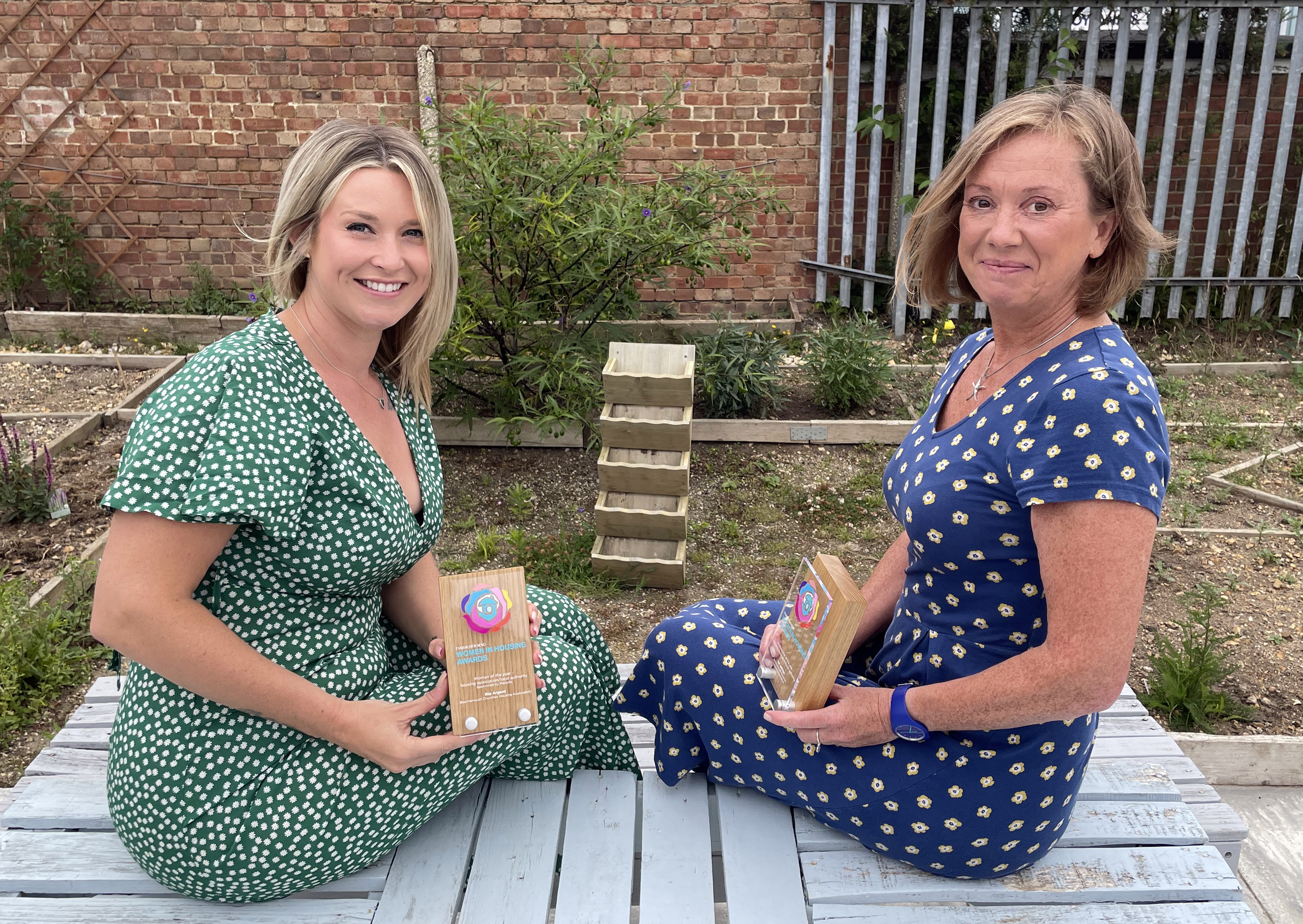 DEDICATED TO OTHERS: BCHA’s Rio Argent and Val Jefferies were named winners amongst nominees from across the UK, in the prestigious Women in Housing Awards 2022.

Inside Housing’s Women in Housing Awards and Housing Heroes Awards took place earlier this month in Manchester. The industry accolades recognise trailblazers and leaders for the vital work they do supporting and improving the lives of residents and colleagues alike.

BCHA is a major provider of a diverse range of housing, support, learning and employability services for socially-excluded people across the South West, from Bournemouth to Plymouth.

In addition to managing Bournemouth Women’s Refuge, which houses 18 families and receives around 100 referrals a month, Rio goes above and beyond her workload to win funding for specialist therapies and projects to enrich women’s lives.

She was also the driving force in the Big Sleep Out event to raise awareness of issues faced by women, which was held in Bournemouth Square on International Women’s Day (March 8).

Daryl Gibbins, BCHA’s Business Support Services Manager said: “Rio leads a team which changes the lives of other women and their children, giving hope, opportunities and a home, when home is what they are fleeing.

“She also inspires others to stand up and support positive change and she has shown us all what an important part we at BCHA play in supporting victims/survivors of domestic abuse. This award is richly-deserved.”

Rio said: “I am absolutely delighted to win this award.

“Being a woman, overcoming barriers, balancing a career, motherhood and everything else in between is something that I feel proudest of on a daily basis. On top of that, I have the honour of supporting women through my work either amongst my team, or within the refuge and communities. I get to meet some phenomenal survivors who inspire my ambitions to grow our domestic abuse service into something really special. To be recognised for this award is something that will sit close to my heart for a very long time.”

Val Jefferies leads projects which help disadvantaged and unemployed people rebuild their confidence, identify their existing skills and develop new ones and ultimately get back into work.

She was equally thrilled to be named winner of the Professional of the Year award.

“I was so happy to be nominated and shortlisted for this award. But to win is amazing!” she said.

“Having worked for BCHA on and off since 2002 I owe a lot to the organisation in developing my skills, giving me that diverse experience and allowing me the opportunity to build excellent partnerships within the sector.

“I have particularly enjoyed the last 18 months watching the world unfold again after Covid and designing relevant and current provisions to support our sector, individuals and local businesses to help get back on their feet.  It’s always such a buzz to see people achieve, grow and reach their potential.”

Greg O’Mallo, Business Manager of BCHA Learn said: “Val’s commitment to delivering high quality services for customers through BCHA Learn is unrivalled. Inspiring and developing colleagues comes naturally to Val and we’re all very proud she is being recognised for her achievements over the last year.”

BCHA resident Dan Martins was also nominated in the Housing Heroes Awards Tenant of the Year category for his work in supporting his fellow residents and creating a new café hub at BCHA’s Gabriel House in Exeter.

He said: “I’ve never experienced anything like the awards before. It was fantastic and even though I didn’t win, it’s great to know I made the final eight from 350 nominees.”

Paige Hutchings of BCHA Learn was nominated in the Woman of the Future category of the Women in Housing Awards. BCHA’s post-covid employment support project The Way Forward was also nominated for Team of the Year.

Martin Hilditch, Editor of Inside Housing said: “The standard of award entries was incredibly high this year. These individuals and teams are making a tremendous difference to the communities they work with.”