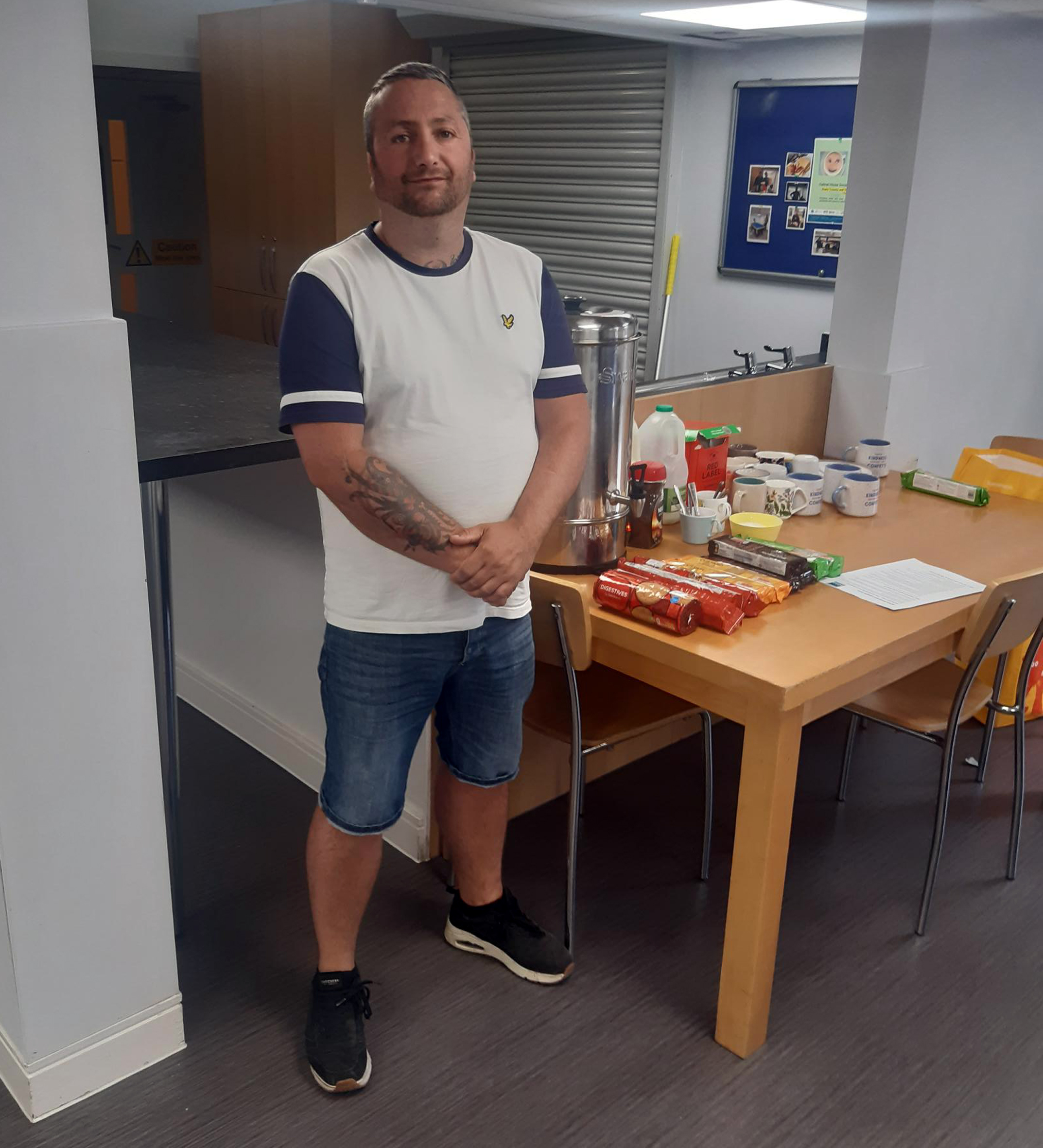 A man who found himself homeless after leaving prison has told how the Exeter resettlement project which took him in has given him a new purpose in life.

Dan Martins, 38, was offered accommodation at BCHA’s Gabriel House in Smythen Street in May last year, after leaving prison and being housed in numerous B&Bs.

Dan went on to support other residents and become a part of the hostel’s resident committee, using his and others’ shared experiences to help shape BCHA services. Including recently helping to create an exciting hub, healthy eating café and meeting place inside the building.

This month, he was named as a finalist in the Tenant of the Year category of the national Housing Heroes Awards in Manchester, for the role he plays in supporting his fellow tenants.

Dan said: “When I first arrived at Gabriel House I was desperate to get back on with my life.

“I had overcome issues with alcohol and substance abuse, but I was overwhelmed at first and hid myself away in my room.

“When I eventually started venturing out and getting involved, I watched the other residents, some of whom were struggling to adjust and I realised I could offer help and advice to them.

“I just started offering people a chat, or answers to questions they might have and it felt good to help.”

He continued: “As part of the residents’ committee I get to voice my opinions using my own personal experiences. We have even helped interview new staff and BCHA really take on our views on board.

“And now we can welcome people into the café hub to mix and make friends and share what they’re going through.”

BCHA is a major provider of a diverse range of housing, support, learning and employability services for disadvantaged people across the South West, from Exeter to Bournemouth.

Gabriel House offers a stabilising ‘first stop’ for people who have been through traumatic experiences as well as homelessness and often rough sleeping.

The hostel offers separate rooms with en suite bathrooms and places for couples as well as single people.

Dan continued: “If someone had said to me just over a year ago that I would be up for a national award I would never have believed it.

“In some peoples’ eyes, I was just “a homeless ex-offender” and unfortunately, without the help and support I’ve been given, I wouldn’t have had much hope.

“But here I am, out of 350 award nominees for Tenant of the Year I got down to the final eight.

“It was an amazing experience to go to the awards and feel the excitement and hear all the amazing stories of what people do - I’m just Dan at the end of the day. But I was pretty chuffed!”

Michael Campbell, Manager of Gabriel House said of Dan: “He should stop referring to himself as “just” Dan. He is Dan, a person who while attending to his own demons, found helping others produced an inner strength he may not have recognised before.

“Dan used this strength to great effect, and like all the residents struggling to overcome their trauma, Dan will always have the respect and support from myself and all the team here at Gabriel House. He would most definitely have been a worthy winner.”

Dan hopes to move into his own flat in Torquay soon and start officially volunteering for BCHA, which he hopes will eventually lead to a paid position.

He said: “I once heard someone call Gabriel House a Place of Change – and it certainly has been for me.

“The day I came here my life changed for the better.”